On occasion I am blessed to have people comment positively about my work. Here is a small sampling of some of my favorite comments: 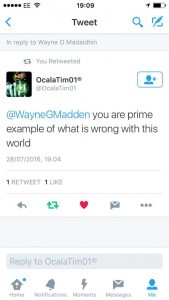 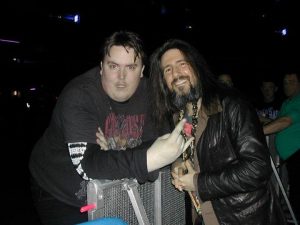 Myself and Bumblefoot, Ron Thal, whom I’m honored to call a friend – he’s done a great deal for me and I’m thankful of that. This was taken in Dublin in 2012 when we met in person for the first time, having talked since 2006. 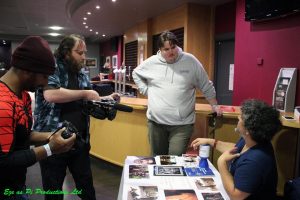 “As a fan; I’ve read Wayne Madden’s insightful and concise essays and reviews and journals. He has a fantastic use of the English language and more so always tells his story of what he is recording or reviewing in a personal but professional way. I’ve also been fortunate enough to be his guest several times on his radio shows. The subject of his interview processes. And worked alongside him on several projects. Even more I’m lucky to call him my friend. An honestly good, genuine, if not maybe too politically correct a person as you could ever hope to meet. His passion and integrity drives everything he does and I think the world is a better place for having his input. Give this man some money. And if you can’t; give him your time – he’ll always make it worth your while.