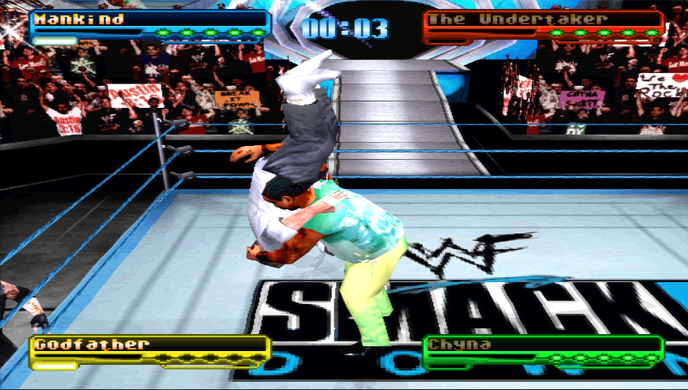 WWF Smackdown was a revelation. Now referred to as the grandfather of modern wrestling video games, its arrival in early 2000 changed the way we played these kinds of titles, as well as pushing the boundaries’ of what the Sony PlayStation could do. Developed by Yuke’s and published in a collaboration between the developers and THQ, Smackdown (also called Exciting Pro Wrestling in Japan) was based on the World Wrestling Federation and named after the companies Smackdown! Television program.

Retrospectively, it’s the little things that debuted in Smackdown which make the difference, such as the introduction of a more comprehensive Create a Wrestler and Season Mode which give replay long past it’s standard versus matches. You can, of course, have a lot of fun with a multi tap, some controllers and several friends yelling in your ear as The Undertaker Tombstones Stone Cold onto the canvass; but the real longevity in Smackdown is present in its Season Mode.

Pre-Season makes little sense, though allows you to shape your character, decide who he will align with and what he will say. After that you’re just replaying Season after Season (and this can easily go on for 100 years if you want). The absence of commentary makes this feel like a quieter game than virtually every other wrestling title, whereas its often humorous to see wrestlers (dressed in full stage gear) talking with no sound while their mouths move in bizarre cut scenes. Just why was Ken Shamrock casually walking from the Boiler Room like that, and what made Al Snow so angry; we may never know.

Choosing a wrestler, or creating your own, you fight for gold and glory; taking on the likes of Val Venis, D Lo Brown, Mark Henry, The Hardy Boys and even The Godfather. The plethora of mid card wrestlers is fantastic, and should you choose to play as Paul Bearer (for example), there’s something slightly amusing about watching him handing it to The Rock. Unlockable characters are always a big part of wrestling titles and Smackdown is, unfortunately, a little of an exception in that respect.

You do manage to get some unlockable characters, however, they come in segments; meaning that they avoid the legal complexities of actually featuring within the game, the player must choose to mould them together. This was a particularly useful tool, in retrospect, as it does let me legitimately create ‘Naked Mideon’ for his first and only (unofficial) appearance in a video game. Dennis Knight would be proud.

Graphically, this title has aged well, with the character designs looking less jagged and jaded than Attitude before it and Backstage Assault after it. Wrestling historians, however, will argue that the lack of more modern canvass and design coupled with a very dated costumes for some wrestlers (at the time of release, The Undertaker had been absent from programming from several months and would return in his Biker persona quite soon afterward) mean it was already aged before release.

It’s perhaps not surprising that, with a considerable roster improvement and updated content, the games sequel Smackdown 2 was released just eight months after its predecessor. Normally games need time to flourish, to expand, even (in 2018) add some additional digital content to correct the costume changes and thus expand the life of the title – but Smackdown was a rare example of where THQ acknowledged their successes and their criticisms in equal measure and then worked overtime to do something about it. 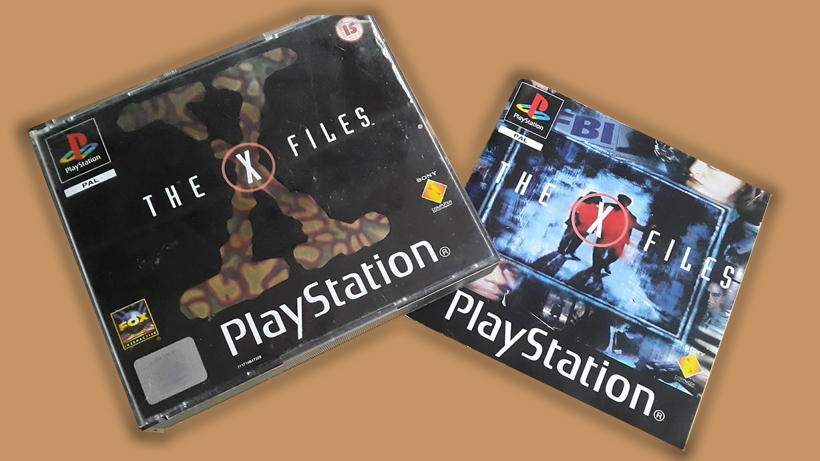 I remember it well. Christmas 1999 and my grandmother had just come to visit our family in the new house. But I was a broody teenager and a couch moved into my bedroom meant I had the perfect setup to park myself up in the Parker Knowles (it wasn’t a Parker Knowles) and play the Christmas present I’d been dreaming about all month. Nostalgically looking back it’s amusing that The X-Files for PlayStation was released in January 1999, and yet it would be December before I’d manage to get my hands on it, those being the pre Internet age in my house and also with me being a huge X-Files fan.

In fact, I can distinctively remember (probably due to the setting of the game being somewhere in Spring 1996, or Season 3; that its first release on PC in late 1998 was a full two years after the events of the game had transpired. Looking back, and knowing how fast technology moves, it’s unlikely such things would ever be tolerated again. But I digress.

The X-Files also had one other huge distinction on PlayStation, something which made it rather unique, even more so in the European market. It’s use of full motion video technology (called Virtual Cinema) resulted in a “game” which is actually a large number of cut scenes, interspliced with decisions that a player can make to move the game in a certain direction. Some decisions, such as whether you want to give some loose change to a toddler seeking a gumball, are wholly optionally and only occur if you do a certain set of things in a specific order; most, on the other hand, follow the standard point and click type regime which we’ve come to know and love.

You play as Agent Craig Wilmore, FBI’s finest, stationed at their Seattle Field Office. You’re quickly recruited by your superior to report on a case of two missing Washington agents, Fox Mulder and Dana Scully, and quickly realise that this means you’re unlikely to meet them until the climax of the game. But life is a journey, not a finish line, so it’s Agent Wilmore’s investigation and cunning which lead you through an incredible four (that’s right, four) PlayStation discs. Unfortunately, this is where the game dips somewhat again, as four discs would normally mean hours of content and I ended finishing my first play through in a record three hours.

There’s not a massive replay element, although there are different paths you can take and relationships you can change, but ultimately the ending (the real ending) remains the same. Suffice to say that for such a successful program it’s unlikely as to whether the game would end with you having just killed Dana Scully and facing murder charges at a correctional facility. One particular Easter Egg is that an in game death leads to the revelation you are being watched by the cigarette smoking man; this is his sole appearance in the game and entirely optional.

Each disc contains an extended interaction with at least one supporting character from the franchise though, with AD Walter Skinner (Mitch Pileggi) performing due diligence in the first disc. Of course, each will come up with a convenient excuse as to why they’re suddenly called away or not able to join you in person (see Lone Gunmen), meaning it’s unlikely the whole cast show up at a special birthday surprise for Wilmore organised by his estranged ex-wife. With that said, the technology present that made it popular to play as your favourite characters of the show, really impressed me at the time – and because of the video graphics being more aesthetically pleasing than the 3D sprites of some earlier PS1 titles, the game hasn’t aged all that badly.

Looking into the history of the game I’m surprised to see its production cost almost $6 million and last for four years, though that would explain a lot, even if it was filmed completely on Digital Betacam. Displayed at E3 in June 96 it was listed as having a release date the year after, but subsequently ended up taking considerably longer for the finished product to be released – and even longer for a PlayStation port.

That said, if you do get the game on PlayStation, it often gives a rare chance of using the PlayStation Mouse; the game is a real example – which people forget now – of how games like Discworld and Myst where once considered commonplace on the platform as a competitor to Sega Saturn and PC. Though, unlike Discworld and Myst, X-Files was too late to be considered for a Sega Saturn port (something that wouldn’t have worked, truthfully) though a Nightrap esque game on Sega Mega CD might have been curious. It shows you just how behind this game was.

That Christmas I played The X-Files to my heart’s content, a cherished Christmas gift I remember with fondness even now, from a time when that one present was enough to illuminate the broodiest of teenage kicks.